At the height of World War II, Isaac Wolf’s parents send him from his home in Prague to Scotland alone. They give him a pendant in the shape of an eternity knot, and assure him that he will be safe if he can find this symbol in Scotland. The clue leads him to Rookskill Castle and the gifted children of the Special Alternative Intelligence Unit of MI6 who are learning to harness their magical powers to support the Allies’ cause.

With the help of his new friends, Isaac has to unlock his powers and unravel the reason his parents sent him Rookskill Castle. To solve the meaning of the eternity knot, he must hunt down a series of magical artifacts scattered through eras of the past. But he’s not the only artifact hunter, and soon he finds himself in a race against Nazi spies and an even more sinister magical enemy. Can Isaac solve the puzzle, save his parents, and defeat the evil in our world and beyond, all before the clock runs out?

Order from my hometown indie Country Bookshelf and I will personalize and include swag and a special gift!

“Ancient magic, shapeshifting and time-travel collide in this rousing story, all set against the backdrop of World War II Scotland. Janet Fox taps into her superior story-telling skills. With masterful artistry, she has given us another spine-tingler, complete with dire-wolves, wraiths, and a vindictive fae that will haunt your dreams for the rest of your days.”

—Kathi Appelt, author of The Underneath

“Potent, otherworldly, evil magic seeks domination, feeding on terror and upheaval in a time of war, while a Jewish refugee must find a way to counter it with some good magic of his own… Episodes are detailed and fast-paced, each one moving the tale forward, and there are lots of unexpected twists, turns, and revelations. Isaac and his magical teammates…are steadfast, brave, earnest, and altogether engaging. Inventive and exciting, with strong hints of more to follow.” 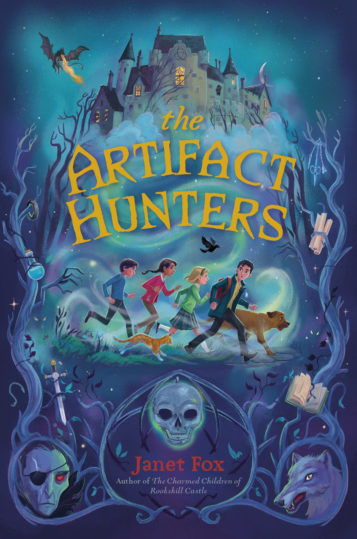 The Charmed Children of Rookskill Castle (Book One)

“Keep calm and carry on.”

That’s what Katherine Bateson’s father told her, and that’s what she’s trying to do: when her father goes off to the war, when her mother sends Kat and her brother and sister away from London to escape the incessant bombing, even when the children arrive at Rookskill Castle, an ancient, crumbling manor on the misty Scottish highlands.

But it’s hard to keep calm in the strange castle that seems haunted by ghosts, or worse. What’s making those terrifying screeches and groans at night? Why do the castle’s walls seem to have a mind of their own? And why do people seem to mysteriously appear and disappear?

Kat believes she knows the answer: Lady Eleanor, who rules Rookskill Castle, is harboring a Nazi spy. But when her classmates begin to vanish, one by one, Kat must uncover the truth about what the castle actually harbors—and who Lady Eleanor really is—before it’s too late.

“Readers will curl up and keep the lights on with this chilling page-turner.”

“With nods to Narnia, Harry Potter and The Golden Compass, Janet Fox has created hair-raising suspense and drama. My heart is still pounding from this action-packed, imaginative read!”

A Junior Library Guild selection and a Spring 2016 Indies Next pick. 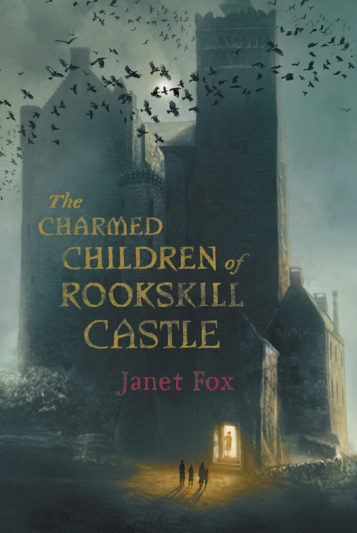 THE SECRETS OF ROOKSKILL CASTLE:
A Treasure Hunt for Readers and an
Event Kit for Libraries & Bookstores

This atmospheric treasure hunt simultaneously introduces readers to the novel and to the nooks and crannies of their library or bookstore. Readers, working in teams to solve clues hidden within the pages of books, discover four objects that uncover the spine-chilling secrets of Rookskill Castle and a free chapter.  The Event Kit contains instructions, sample dialogue, clues, charms, an event poster, and more!  Best for ages 10-14.

Discussion Questions in the Educators Guide 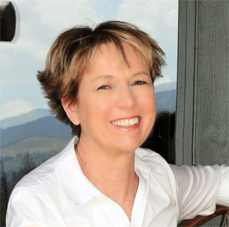 “I guess I come by my love of spooky, mysterious, enchanted things naturally.”

Janet Fox grew up believing in the supernatural in a house that she was sure was haunted. She was not the only one. Her mother believed in ghosts and had a kind of extra-sensory ability to predict things. As a child she liked to spend time in the graveyard behind her father’s church, to read about the land of Narnia, and to listen to her Irish grandfather tell funny stories about “the little people.”

Janet finds Scotland, the setting of this novel, to be an enchanting and mysterious place where water is a constant. Burns—streams—snake down the hills and you are never far from the sea. Janet lives far from Scotland and the sea in the mountains of Montana. When she is not writing, Janet is reading, solving puzzles or heading out into the world with her dog Kai.